After recently opening their Letchworth branch, the new home of their South East operation, Kite Packaging wanted to share its "Grand Designs" style project, which involved the complete transformation of their acquired site into the fully operational, flagship branch. 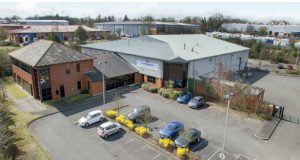 After an extensive 18 month search for new premises, Kite acquire the 23,949 sq. ft. Letchworth premises, as well as an adjoining office block. Previously a factory site with offices, the site provided Kite with the room required to run their growing branch operation with additional space to enable expansion in the future.

The site required some fundamental refurbishment in order to become operational. This new project became an opportunity for Kite's Graduates to take responsibility for the project tasks, working alongside the Kite management team to plan, work with contractors and ultimately keep the project progressing on time and within budget.

Keeping customer service levels high was a key priority for the Kite team, and therefore the  design of the warehouse layout was critical. The previous Harlow operation was beginning to rely on third party storage locations, which presented the challenge of controlling stock held by other parties. However, with the Letchworth site delivering over 6,000 sq. ft. more space, the team could design a layout that would enable all of the branch's stock to be housed on site. It was then crucial to design an effective layout so that stock could be well organised and effectively picked and packed, ready to be sent out to customers. 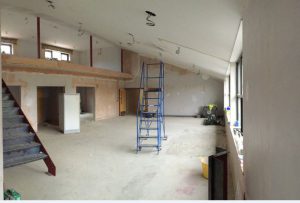 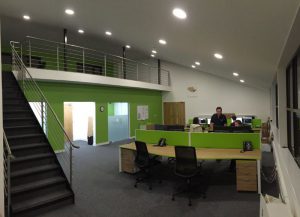 The office transformation involved a variety of projects, not only decorating and refurbishing the fixtures, but also included more radical changes such as changing the front entrance to be outside of the main open plan office space. A key transformation that took place was the creation of a mezzanine floor within the main office, a result of removing a previous archive storage area. This has successfully delivered further square footage to the site, providing Kite with the opportunity to expand their team without  space restrictions.

The quality office furniture provides Kite's team of employees with functional and pleasant work space, and the meeting rooms have been fitted with glass doors to fit in with the office's open plan finish. Colour and personality have been injected into the office with the Kite green feature wall, which is also continued into the main reception area of the building.

October 2016 - Transfer of stock from Harlow to new Letchworth branch 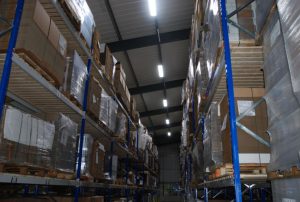 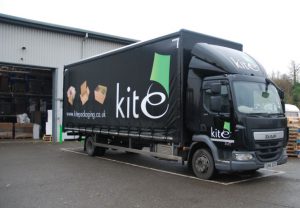 The greatest challenge the Letchworth project team faced was the transition of the existing stock from the Harlow branch to the new Letchworth site, whilst maintaining customer service and order fulfilment. This involved extensive, careful planning to ensure all of the stock had a location in the new warehouse, and a precise plan of action in order for all stock to be loaded, transported and stored in the new warehouse space.

A team of Kite employees from across the Kite Group was assembled, and over a Bank Holiday weekend in October, the transition was completed.

From Tuesday 24th October 2016, the Letchworth site was fully operational. 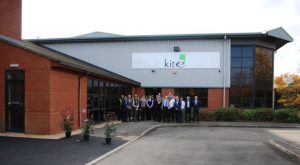 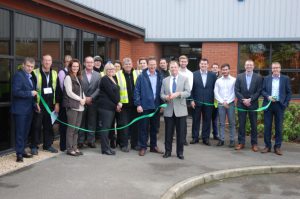 The Letchworth branch was officially opened by the Kite Group Chairman, Bruce McInnes and the team of Managing Partners.

As Managing Partner Paul Mustard describes, the Letchworth branch  fulfils "the operational needs of today and provides the opportunity for future growth", delivering on Kite's objective to find a new site to support the growing South East operation and contribute to the future growth of the Group. As Kite's newest site, the Group looks forward to the future success of the Letchworth branch.